Marketing Against the Grain 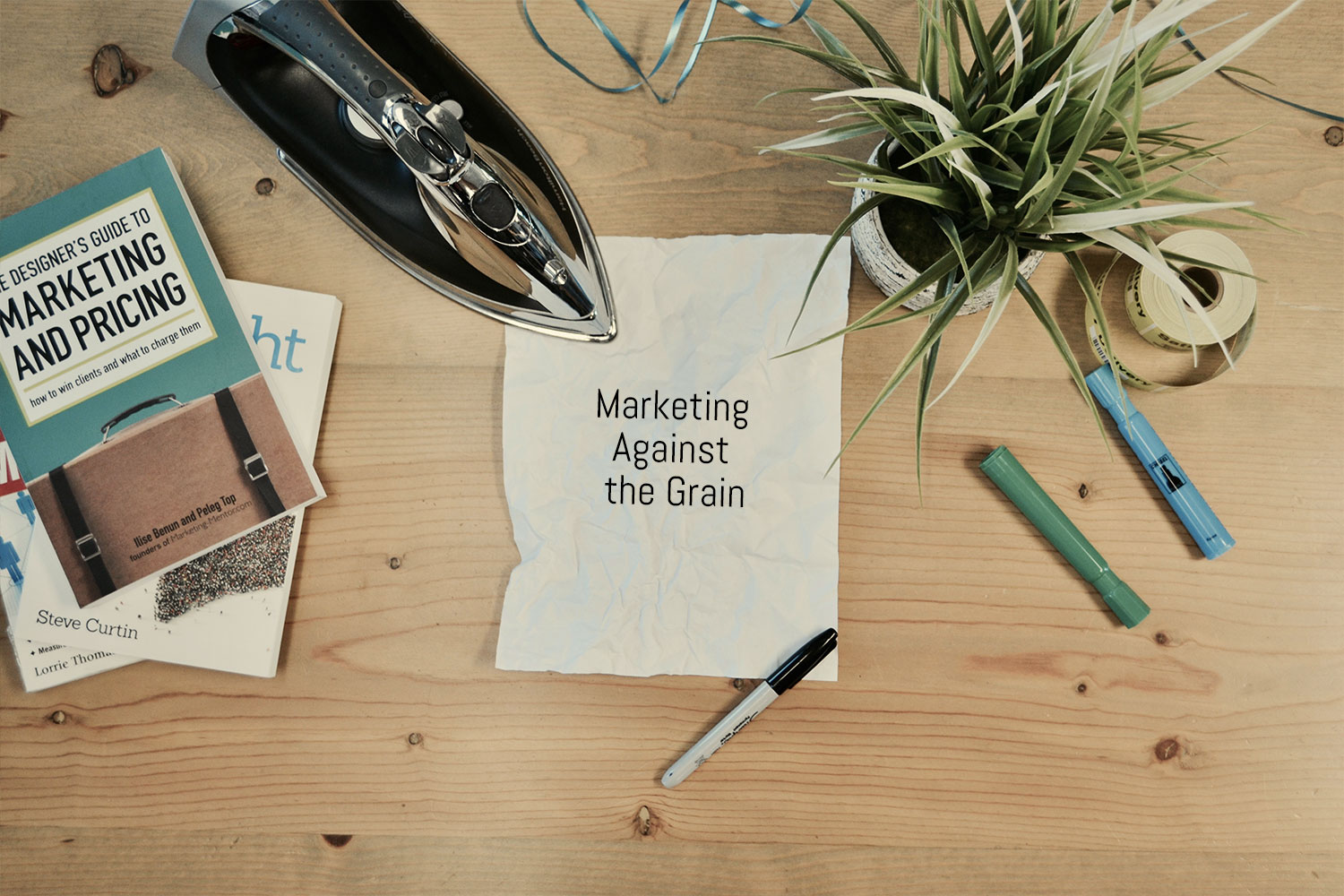 Marketing Against the Grain

Marketing is a solid way to build a positive reputation for your business. Marketing helps a business grow and when done correctly can be the difference between a business succeeding or not.

Marketing against the grain is, put simply, doing something different and perhaps courageous that no other business in the field is doing. So if everyone is going one direction in their marketing, you could be savvy enough to detect this and make a conscious decision to go in the other direction. Zig when others zag.

Why is differentiation a positive?

It is usually ‘safe’ going with the norm, but it also means you don’t stand out or make a big impact!

This can be seen in all forms of design, take interior design for example. The tv show ‘House Rules’ has ordinary people designing someone else’s home with rules the owners have set. The judges walk in and comment on the finished product and one thing they always critique is the ‘WOW’ factor. Comments like “it’s nice” do not suffice. They are looking for a ‘pop’. Something that stands out and usually means the person designing the room has taken a risk. They also don’t like ‘catalogue rooms’, they are after things that haven’t been seen before and are not ‘ordinary’. A risk, if done correctly, often means a good score.

It is the same with marketing, a risk often gives a business the edge needed to stand out from the crowd. While in a lounge room it might be a feature wall or a large painting, in marketing it is something different to what everyone else is doing.

How do you stand out from the crowd?

Many companies out there have gone against the grain. They have taken a risk and have grown accordingly.

Apple came out and was like no company we had seen before. They marketed the products in such a clean, slick way that no other product has been able to catch them. Not even those that tried to follow in Apples’ footsteps. I researched some of Steve Jobs quotes and here are a few that really stood out to me.

“Innovation distinguishes between a leader and a follower”.

“I want to put a ding in the universe”.

“It’s really hard to design products by focus groups. A lot of times, people don’t know what they want until you show it to them”.

To me Steve Job’s was aiming to zig, he wanted to go against the grain and do something grand, which he succeeded in.

Red Bull is another great example of a company who has gone against the grain. They built a product that didn’t taste good. They knew it didn’t but yet they built it into a strong brand. They marketed away from the taste, aiming at teenagers and young adults and sold the ingredients (energy enhancers) rather than the conventional ‘crisp taste’ or ‘refreshing flavour’ all the products before them went for. Red Bull aimed to be different from the get go. Red Bull is for daredevils, risk takers, energetic people. They sponsor things like cliff diving, motor sports, sky diving, surfing, air racing! They market their unusually flavoured drink in a way that no one else had and it has worked wonders. Red Bull is extreme, and that is what they wanted people to think. It’s the drink your teachers don’t want you to have, your parents warn against, the energy drink that is “Giving wings to people and ideas“. It is now the most expensive non alcoholic drink on the market.

How can I market against the grain?

While it is important to know what your competitors are doing it is also important to be your own business and not a copy of something else.

If you are looking to re-brand a business or start a new business it is a great idea to try something new. Be bold.

It is good to know your points of parity (similarities) with your competitors but just as important to know your points of difference (POD). When marketing your business don’t aim for simple, mundane strategies. Aim to be noticed. Whether it is through blogging, social media, website, ads, your logo, your entire branding strategy, aim to stand out. Someone may pop onto your website and you need to give them a reason to pick you and not someone else.

The most important thing, which I have said countless times before is BE CONSISTENT! Consistency builds strong brands which means you can be different but you need to be consistent with that point of difference.

Many companies who follow the footsteps of others do succeed. When you play it safe you can have a successful business. While it is not a necessity to go against the grain there are lots of benefits. To be able to stand out against the competition and create something unique may be the difference between success and failure. 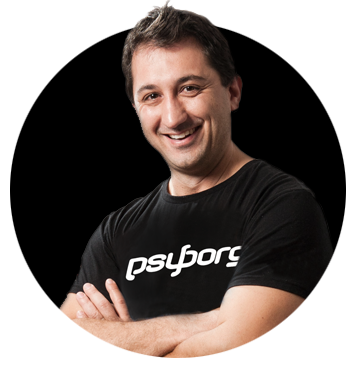 psyborg® was founded by Daniel Borg, an Honours Graduate in Design from the University of Newcastle, NSW, Australia. Daniel also has an Associate Diploma in Industrial Engineering and has experience from within the Engineering & Advertising Industries.

I really do enjoy getting feedback so please let me know your thoughts on this or any of my articles in the comments field or on social media below.